NATURE AND CULTURE TOUR IN LOVINA
GEDUNG KERTYA
Gedung Kertya library museum is the only library of lontar manuscripts in the world. These are ancient and sacred texts inscribed on specially prepared leaves from lontar palm. It contains over three thousand texts on religion, customs, philosophy, Folklore, Medicine, Astrology and black magic, written in Balinese, old Javanese and Indonesian.
The museum was established by L J J Caron, the resident Dutch in Bali and opened in1928 , the establishment of museum for scholar or literature interest visitors. The museum is open from Monday- Thursday at 07:00 – 14:30, for Friday and Saturday open at 07:00 – 13:00. Most of the manuscripts are kept on metal and wooden boxes, Visitors can also see inscribed bronze flats from the 10 century which are amongst the oldest written records found in Bali.
GIT GIT
Git git water falls are10 km south of the city of Singaraja, the water falls are 700 m from the main road or parking area. Following down steps of concrete path, line souvenir stalls along the path. Git git water fall has a 40 m single drop, Along the path leading to the object you will see paddy fields ,clove, coffee and other plantations.
BEDUGUL
Pura Ulun Danu is one of the most photographed temples in Bali and highly revered Kahyangan jagat temple (Directional temple) for north-west. It was built in 1633 by Mengwi raja on a small promontory on the west of the lake ,and is dedicated to Dewi Danu(Goddess of the lake) as a source of water and hence fertility for the land and Balinese people.
The temple consists of several shrines, pura Teratai is the main compound with seven-roofed meru which is dedicated to Brahma god, god of creator ,and another temple on its side it dedicated to Wisnu god, god of presever with eleven-roofed meru and also dedicated to Dewi danu, Just beyond it with three-roofed shrine is dedicated to Siwa and place for housing of ancient lingga. BUDDHIST MONASTERY
The monastery(Brahma Vihara Arama) was built in 1970 by locals financing by Indonesian and also aids of Thailand government, and its consecrated in 1972 . It has been damaged by earthquake in 1976 . The new stupa has been repaired and is decorated with splendidly colorful confection.
The temple complex enjoys a wonderful hillside setting such as brilliant orange tile roof stand over an entrance gate guarded by fine two naga, with bell tower in the corner of middle courtyard, Every steps up to the temple has Buddha wisdom also around the walls.
A lower temple with a gold Buddha is from Thailand as a centerpiece, carved stone plaques showing scene from Buddha’s life on all the main temple, and colorful Buddhist to the left of the top temple. Further up you’ll see the founder of the temple next to it is several big stupas , in this part is the most interesting of the monastery, and magnet for pilgrimages.
BANJAR HOT SPRING
The hot spring comes from hillside that flows down to fill the pool . The pool consists of three pool compartments; eight nagas spouting water from their mouths into the smaller, hotter upper pool, then descends through another five nagas into the larger pool. The water has a light sulfur smell, silky, slimy, and soft and this place is really an absolute Spa healer. 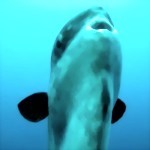 NATURE AND CULTURE TOUR IN LOVINA